After a huge week at Avoca Beach, The Pines delivered picturesque conditions for Finals Day with clean two-to-three foot waves to complete the event in style.

Both surfers forged different paths to the finals and were certainly made to work for a finals berth by Jagger Bartholemew (Gold Coast) and Stuart Kennedy (Lennox Head) who ripped their way into the Semifinals.

Ball was able to get the nod in his Semifinal matchup in a very high scoring affair, whilst Stairmand had to wait till the dying moments in a close heat to get a score that shot him into first place right on the buzzer.

The beautiful finals conditions played right into the Men’s finalists favour with big sections on offer and clean conditions to paint a canvas.

The final was tight from the outset with Ball and Stairmand trading blows early in a close encounter. Ball was able to score a strong score in the middle part of the heat that was able to put the pressure on the New Zealand surfer. The Stanwell Park powerhouse was able to show off his elite and deep repertoire of manoeuvres in the dying stages as he threw to the air with a huge reverse to put the result out of reach for Stairmand as time elapsed.

Ball now secures his first QS 3,000 event win in his third event of the NSW Pro Surf Series and keeps his momentum swinging in the right direction after a Semifinal finish at Port Stephens in the Gage Roads Port Stephens Pro.

“It’s such an amazing feeling to get the win against such a great competitor like Billy,” Ball said. “The heat felt like it was going forever and I was constantly looking down at my watch feeling a bit nervous, but when time ran out I was in front and I’m absolutely stoked. I’ve had so many second and third place results so it’s just amazing to finally crack that win and continue to execute the game plan that worked for me all evenFinishing in second was Kiwi sensation Billy Stairmand who was gallant in defeat and did his country proud in an event where he certainly delivered plenty of entertainment.

Picklum was able to secure a finals berth with a close win over Sophie McCulloch (Sunshine Coast) whilst Callaghan was able to put on a classy performance and eliminate Philippa Anderson (Merewether) in her Women’s Semifinal.

The waves once again turned on during the final as the experience of both ladies certainly shined bright in an exciting final as the cream of the crop in the Women’s field put on a show out at their home break in front of all of their family and friends.

Giving herself the perfect boost of confidence heading into a packed calendar of events, Macy Callaghan was able to put on another clinical performance which reminded us of her extensive experience on the Championship Tour between 2017-2021.

Callaghan was able to fire two major shots in the final including a massive 8.83 where the natural footer was able to throw everything at a long left hander to secure a big score. The score put current CT surfer Molly Picklum behind the eight ball where she required an excellent score to overtake the North Shelley native. Picklum tried to go deep into her bag of tricks including throwing it to the air however it wasn’t enough to combat Callaghan who ended up victorious.

“I’m so pumped to finally get one up on Molly after she beat me in this event last year in what was an amazing event of really fun waves,” Callaghan said. “Women’s surfing is in such a great place at the moment and watching Molly go to the air and try and go deep into her bag of tricks was really cool as well. I found I was able to stick to my strengths with doing some solid surfing on the face which held me in good spot throughout this whole event. I was honoured to surf against Molly in the final at this event and can’t wait for the rest of the year”.

Finishing in second and generating plenty of momentum down here at her local break before her CT debut at the Rip Curl Pro Bells Beach, Molly Picklum will take some major learnings out of this event and move through to her next event with confidence.

QS Competitors will now set their sights on the Oakberry Tweed Heads Pro (QS 5000) which is due to start on Monday 21st March 2022.

In Pro Junior action, Men’s Round 2 was also completed with some huge performances from Australia’s best juniors as they booked a spot in the Quarterfinals.

Jarvis Earle (Cronulla) was able to get his claws out in his second round heat and advance through to the Quarterfinals with a big 14.50 heat total. Earle was on fire from the outset as he posted an 8.00 ride early in the matchup to put the pressure on his fellow competitors and then control the rest of the heat to take it out.

Pro Junior competitors will reconvene at Avoca Beach for Finals Day action. The first heats will kick off at 7:30am. 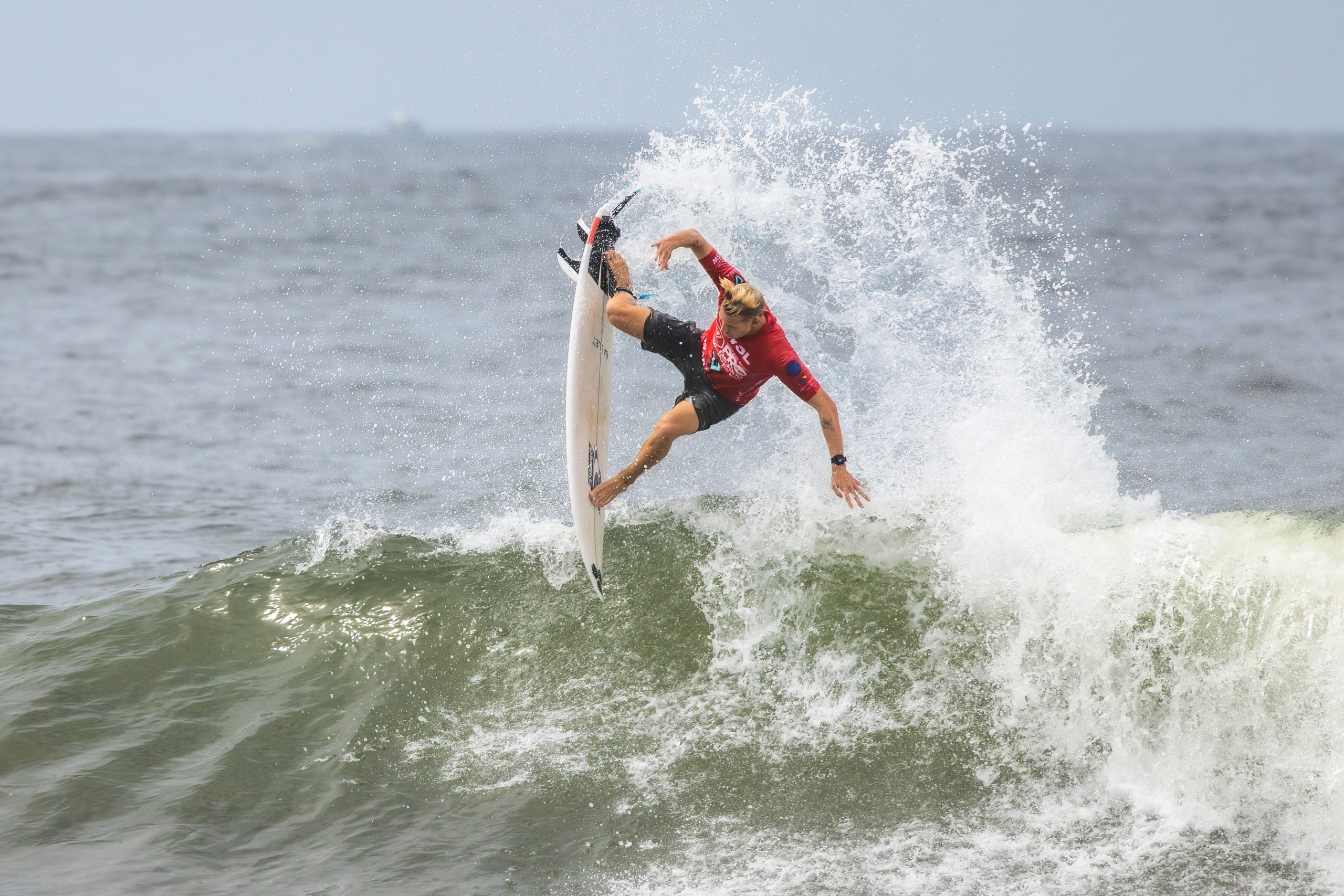