The world-renowned Rip Curl GromSearch series is set to continue in three key surfing locations on Australia’s east coast in 2021.

The Australian Rip Curl GromSearch series will focus on providing junior surfers from around the country with a series of fun events allowing participants to enjoy surfing with their friends, as well as providing an elite-level competition in a safe environment.

“Rip Curl is stoked to commit to the GromSearch series this year. It’s been a tricky year for groms and their families with COVID-19 restrictions, so we want to continue to support the next generation of surfers,” commented Rip Curl Event Manager Mark Flanagan. “Again, we know there might be challenges to run the series, but we’ll work with the appropriate authorities and be guided by the official regulations to get grommets in the water.”

Each event will be run in conjunction with the state surfing associations and will adhere to the appropriate health and safety regulations.

The 2021 series will include a GromSearch national ranking, allowing surfers to gain points for each result achieved. The top-ranked surfers at the end of the three-event series will qualify for the Rip Curl GromSearch National Final (in their respective divisions).

2018 GromSearch National Champion and current Australian World Surf League (WSL) Qualifying Series (QS) leader Molly Picklum said: “The Rip Curl GromSearch is an awesome series that is one of the solid foundation events for any aspiring junior surfer. It was an important step in my development and gave me experience against Australia’s best.”

Molly has put her experience to good use in the professional ranks and is looking to begin her campaign on the WSL Challenger Series in the coming weeks.

The Australian GromSearch National Final will be held for qualifying athletes in 2022.

More information on individual events, entry dates and procedures, points allocation and any other updates to follow.

The series provides the opportunity for groms to surf with crew from around the country and developing their competitive game. As participants progress through to the finals they get the chance to test their skills against Australia’s best, providing valuable experience competing against elite-level talent. The impressive list of previous GromSearch competitors that are currently on the WSL world tour is a testament to the quality of the series. 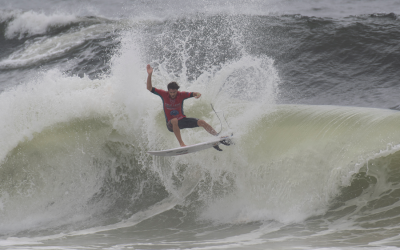