Near perfect scores and first-time heats as over 200 of Australia’s hottest and most promising young surfers hit the waves at Park Beach, Coffs Harbour. It is the ninth annual Billabong Oz Grom Cup presented by Coopers Surf this weekend, the event running until Wednesday 13 April.

The waves were pumping right across the weekend and despite a little challenging at times, the level of the grommets was incredible to watch.

For a number of the talented and energetic young surfers, this was their first taste of a bigger-scale event outside club rounds and regional titles, making it a significant milestone and one that could kick off a huge sporting career.

The prestigious five-day event runs from 9 – 13 April and is known as one of Australia’s top junior events. As one of the foundation-makers for the future professional surfers, the event has seen some of the country’s most successful surfers come through it’s ranks.

There were a number of impeccable heats with surfers impressing the judges right across the age divisions and draw.

On Saturday it was Dane Henry (Fingal Head) who scored a near perfect 9.0 and the highest heat total of the day. Henry worked hard on wave selection and went from strength-to-strength across the 18-and-Under heat.

Eliza Richardson (Sunshine Beach) was in impressive form in the 14-and-Unders rounding out her round one with the highest heat total of the day in the girls draw with a 14.83.

The sun came out for a super Sunday of surf with all divisions on the beach spread across two banks.

The 8-and-Under surfers are the youngest in the event. The three surfers, Taylor Barlett, Dare Smith and Chloe Grainger, today stepped up into a big new world and were inspirational to watch as they took to the water in their maiden mixed heat. It was Taylor who took out the heat with two great scores to finish with a winning heat total of 11.5.

In the 10-and-Under Boys who may be amongst the youngest in the event, but certainly not lacking in ability, Hayden Mee (Merewether) channeled the star power of his hometown hero Jackson Baker who won Surfest last weekend. From just four waves, Mee was able to utilise the entire wave and impress the judges to finish with a combined two-wave total of 13.5.

Bodhi Simon (Port Kembla) got stuck into her stacked 16-and-Under Round 2 heat almost doubling the combined totals of her competition after kicking off her heat with a powerful 7.33. Simon won the heat with only two waves and is looking forward to progressing in one of her first events of the year.

Judges commented that they were impressed with the work of little-known local surfer Creed Smart (Coffs Harbour) who put on a display of mature and skilled surfing in his heat. The local solidified his total (14.33) with an excellent range score (8.33) that was unmatched by his fellow competitors.

The 12-and-Under Boys had a close and epic Round 3 exchange between two future stars of the sport in Jaggar Phillips and Hunter Sutcliffe. The pair traded a seven and eight point ride respectively in a heat with tough conditions.

But the day really came to a head when two groms impressed the judges so much that they were awarded near perfect scores.

First up it was 14-and-Under surfer Lucy Darragh (Werri Beach) who opened her account with one of the strongest performances of the event so far. The NSW South Coast charger took full ownership of the heat from the start smashing a 9.0 ride and rounded out the Round 2 heat with a second good score (5.17) to secure her way through the draw and find some early confidence ahead of the next three days.

The 18-and-Under surfers continued to push hard at Park Beach and Baxter Hurt (Long Reef) sending his heat into combo in his repechage round, surfing at another level. The Northern Beaches surfer not only scored the best heat of the weekend (17.2) but was awarded a near perfect 9.0 before backing it up with second (8.17) and then third (8.2) excellent-range scores with jaws of the younger groms on the beach dropping upon announcing his scores, Hurt was stoked with his result and to move through to Round 3 where he’ll meet long time rivals Mannix Squires, Harley Walters and Ollie Ryssenbeek.

The event continues through to Round 3  and Quarter Finals tomorrow.

All scores from day one and two of the Billabong Oz Grom Cup pres. by Coopers Surf Australia can be found here. 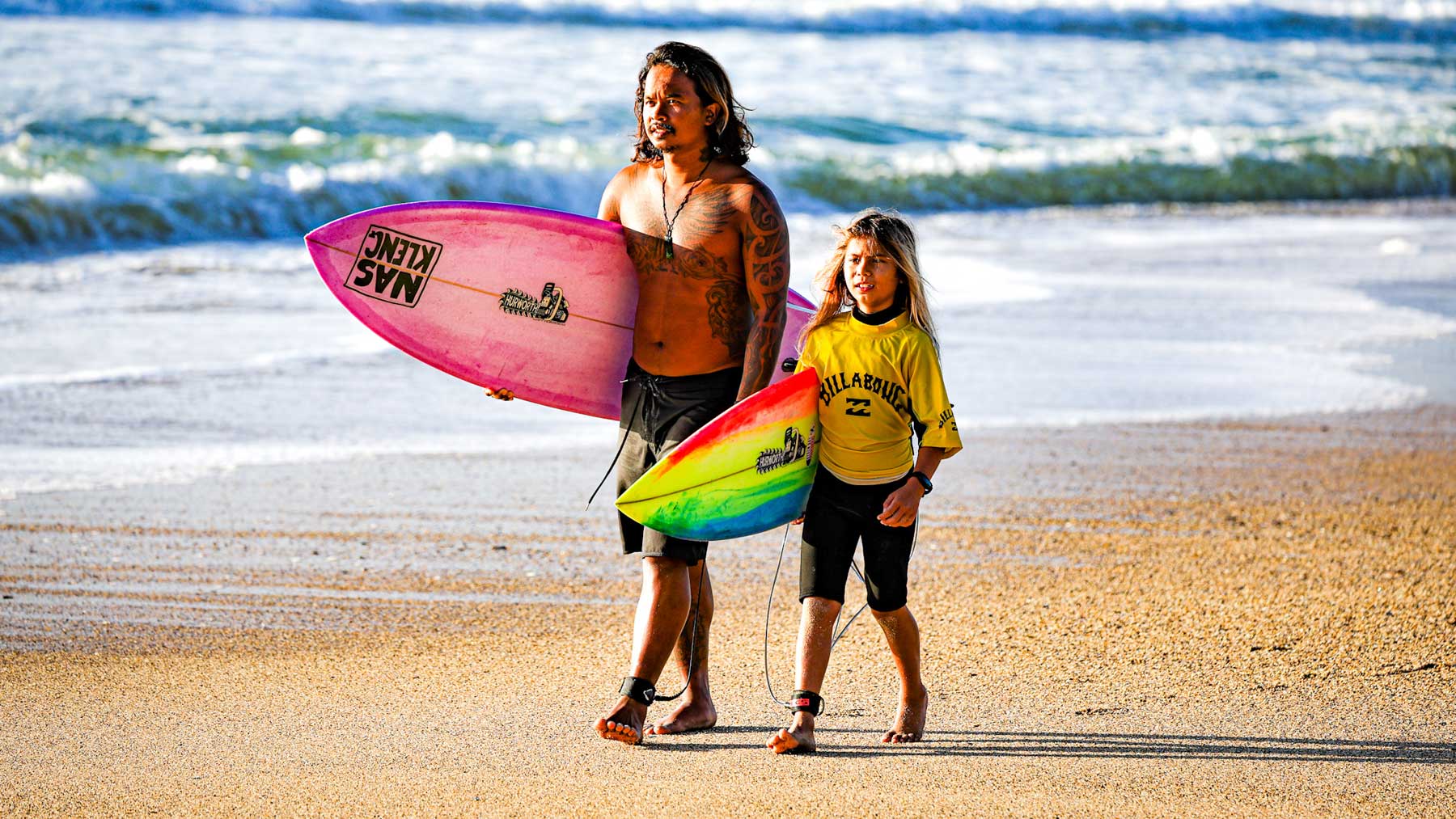 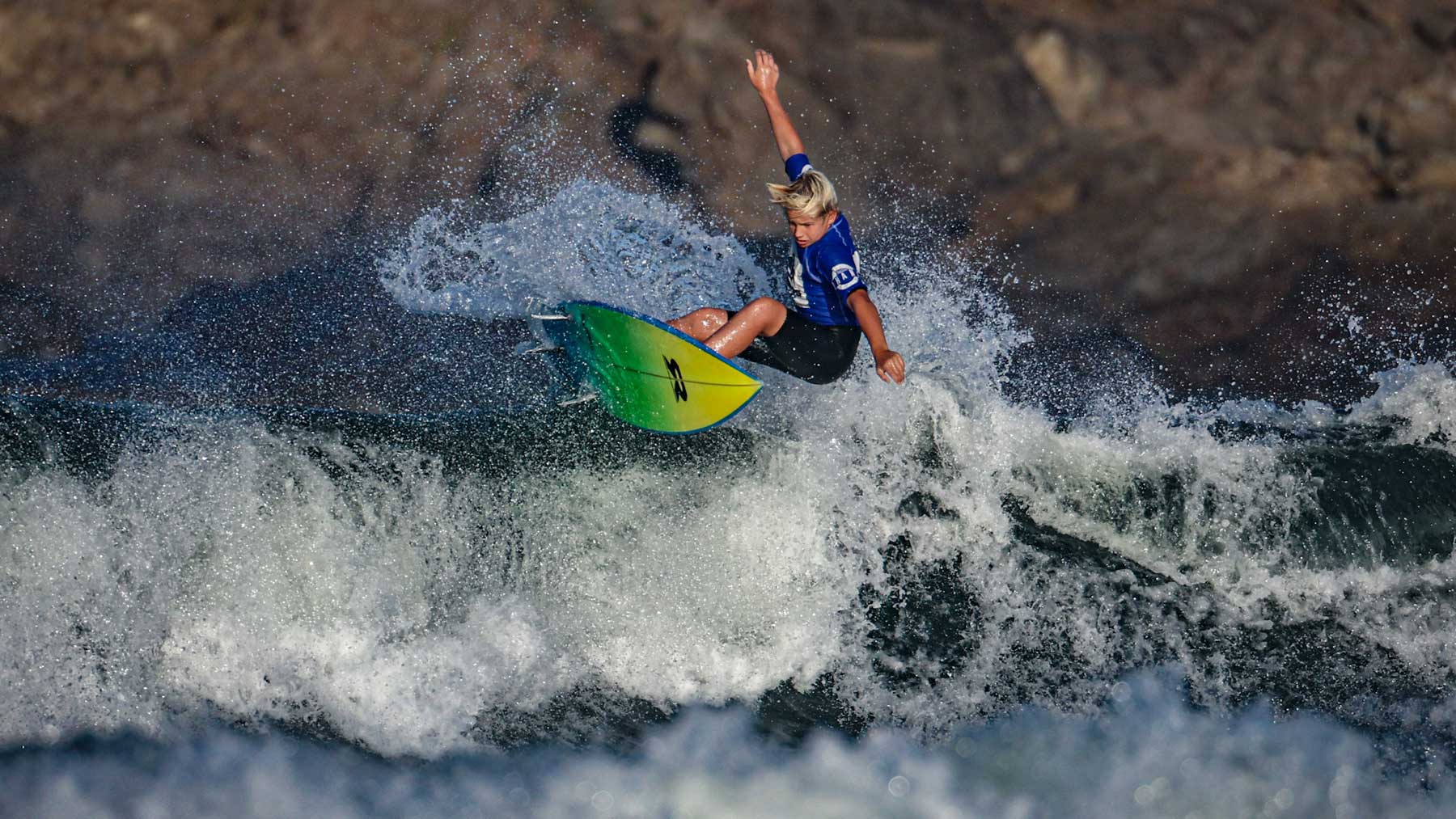 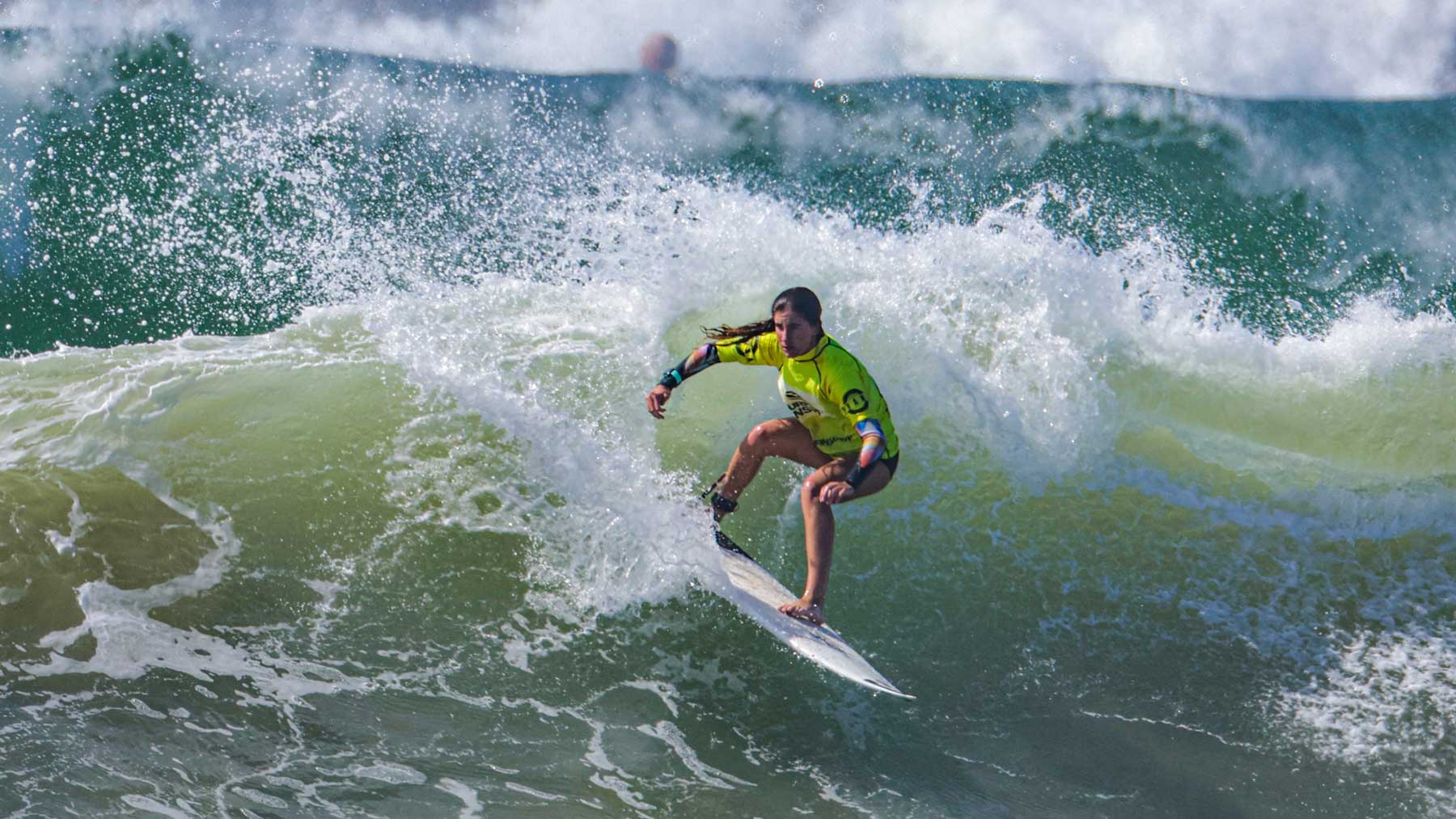