Molly Picklum and Joel Vaughan were victorious at the Central Coast Pro Junior today. The event was the second stop on the 2022 World Surf League (WSL) Australia / Oceania Junior Series.

Today’s win from the North Shelly power surfing pair shows their club is doing something very right in producing a field of high-performance junior surfers. The club was recently crowned the national champions at the Australian Boardriders Battle and had a solid contingent of athletes competing in both the Central Coast Pro Qualifying Series and Pro Junior events this week.

The overcast southerly conditions weren’t a problem for the dynamic young guns at The Pines,  Avoca Beach. They made the messy two-to-three feet surf look entertaining and rippable as they continue their quest for a spot in the World Junior Championships later this year.

The Women’s field battled the tough conditions and rain all day. It was Ellie Harrison (Torquay), Charli Hurst (Port Kembla), Molly Picklum (North Shelly) and Sierra Kerr (Snapper Rocks) who dominated the tricky waves and secured their spots in the Pro Junior Final.

Ellie Harrison came into the final looking the most dominant in her Semifinal with a massive 15.50 heat total including an excellent 8.50 in the first few minutes. The Victorian dynamo however had her hands full with the rest of the competition as CT surfer Molly Picklum (pictured below by Natalie Meredith) showed her claws in a fiery division final, whilst Charli Hurst and Sierra Kerr also got very busy.

In a back and forth final with the lead changing on numerous occasions, it was the experience of Picklum which saw her grab two strong scores in the last half of the heat to get the overall win.

She was able to do damage on a long left hander and get a 7.00 ride to put her lead too far in front of her fellow competitors.

Picklum will now set her sights on her Championship Tour debut at Bells Beach and go into the event with a bunch of confidence and steam from her great results here at Avoca.

“It’s great to get a win here at Avoca and finish up with a second place yesterday in the QS 3,000,” Picklum said. “To get a win out here against amazing surfers feels amazing, especially on home turf. Coming into this I was treating just like I would at a CT and QS and felt like I was able to execute my strategy which I’m really proud of. I feel like I was able to fine tune aspects of my surfing back here at home in the events and can’t wait for Bells in a couple of weeks time”.

Finishing in second place was Charli Hurst, third went to Ellie Harrison and in fourth place was Sierra Kerr.

The Men’s Pro Junior draw put on a clinic and made the conditions look favourable as they battled it out for critical points in a bid to make it to the World Junior Championships.

The Men’s final was full of entertainment with surfers throwing absolutely everything at the conditions.

Showcasing his mature rail game and air game, Joel Vaughan (pictured below by Natalie Meredith) was far too good for his fellow competitors as he put forward solid scores of 7.17 and 6.87.

Vaughan was unstoppable right throughout the Pro Junior draw after falling out of the QS 3,000 draw early in the event. He was out with vengeance to get his form back to the top after going into this week’s proceedings as the Australia / Oceania Regional Rankings number one surfer.

“I’m honoured to have taken out the Pro Junior down here at Avoca and get good waves in the event so close to home,” Vaughan said. “After my loss in the QS a couple of days ago I was keen to try and reset and surf as well as I could. It’s a great feeling to win my first Pro Junior and keep the ball rolling into the QS 5,000 at the Tweed Coast Pro and Surfest at Newcastle.

Finishing in second was Kobi Clements, third went to Marlon Harrison and in fourth place was Lennix Smith.

Competitors will now set their sights on the Tweed Coast Pro Junior which is set to begin next Friday (25th March). 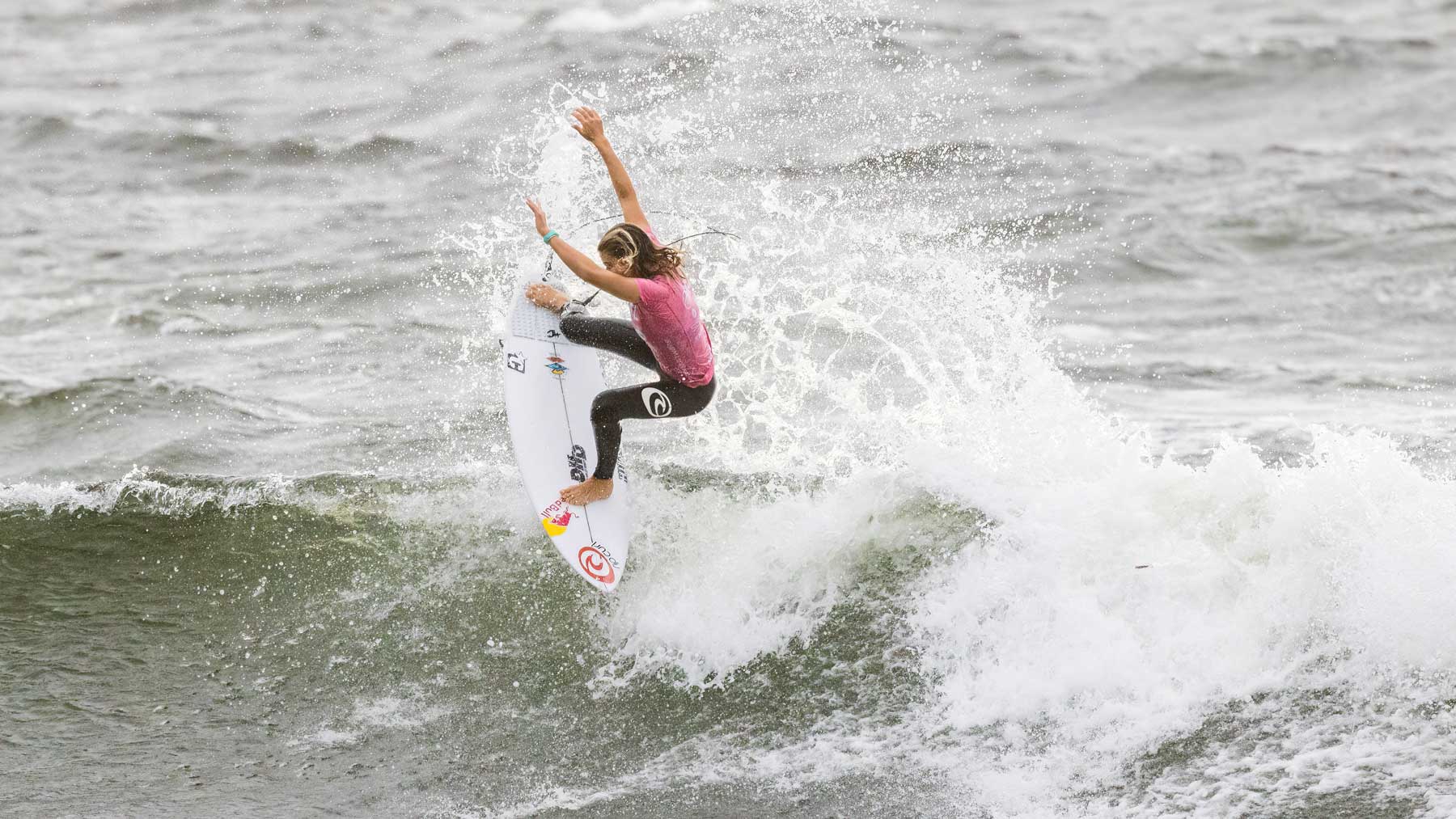 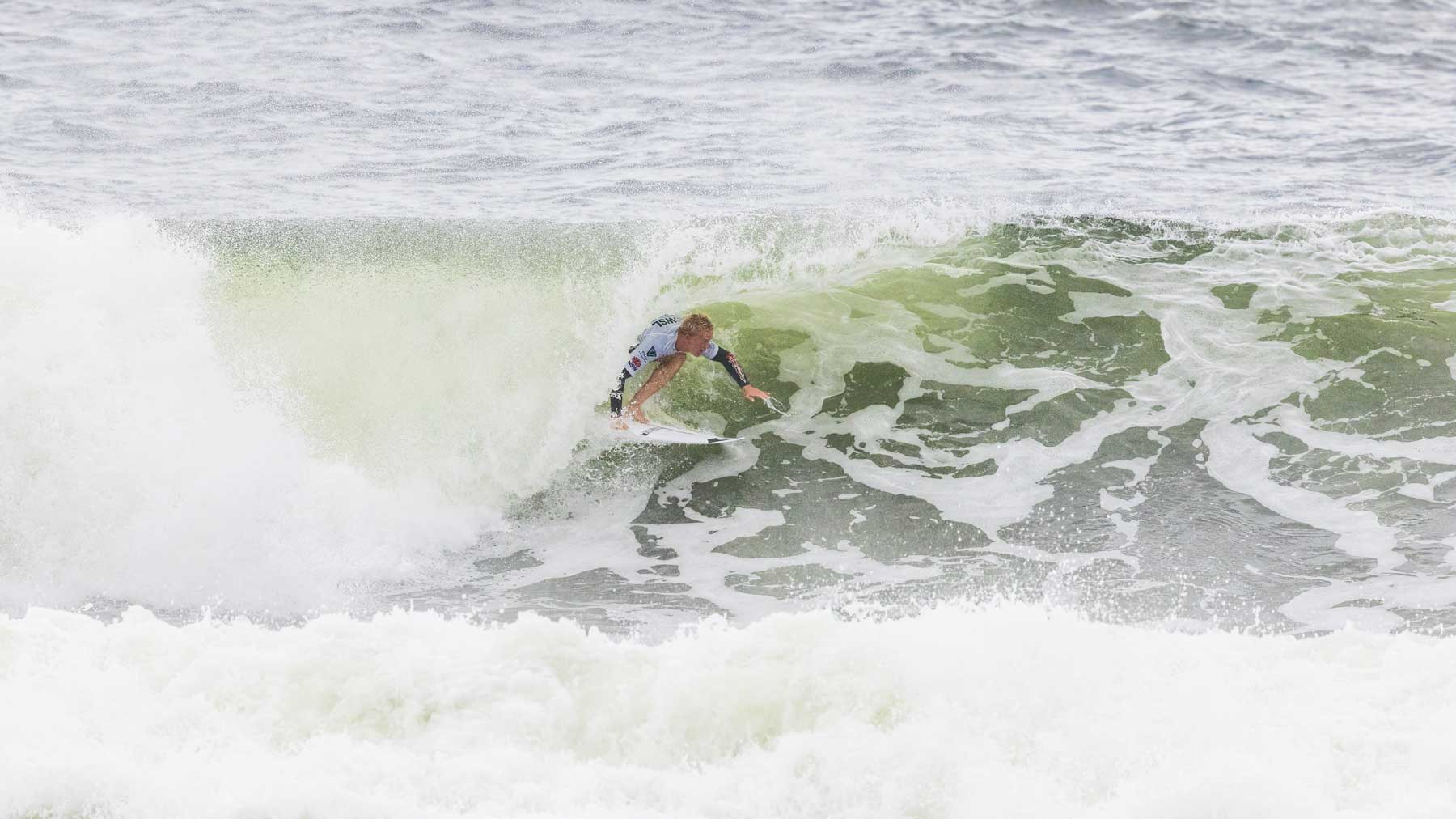