The first event of the Vissla NSW Pro Surf Series has kicked off with a bang as an elite field of surfers have descended on Boomerang Beach for the opening day of the 2022 CARVE Great Lakes Pro World Surf League (WSL) Qualifying Series (QS) 1000 event.

Event two of the WSL Australia / Oceania regional QS, it has attracted over 150 competitors from across Australia and New Zealand. Competition was fierce as surfers looked to get their 2022 QS campaign off to the perfect start in fun two-foot surf at the North End of Boomerang Beach with the opening round of the Men’s and Women’s divisions being completed.

In the first heat of the day it was Maroubra surfer Koda Killorn taking advantage of the small clean conditions to get a heat win and show off his aggressive forehand repertoire. Killorn progresses into the Round of 64 where he’ll take on top seeds Kalani Ball and Nick Vasicek.

“It was pretty slow out there to start the day, however I’m stoked to get the heat win and move on through to the next round,” Killorn said. “I was lucky enough to take advantage of one of the sets in the heat and get the job done on one of the bigger waves.  As a Vissla athlete I’m stoked that they are on board for the NSW Pro Surf Series once again and I’ve really enjoyed doing the series over the last couple of years.”

Using his strong and powerful backhand, Gold Coast surfer Marlon Harrison put up a healthy 16.00 point heat total (out of a possible 20) to combo the rest of the field. Harrison was able to secure an array of longer left-handers on the southern bank away from his fellow competitors to take the win with the highest two-wave total of the day.

“It feels so great to be back here at Boomerang, I absolutely love coming here and surfing all the fun waves that it has to offer,” Harrison said.  “I’m really hoping I can secure another good result here after my 5th at Phillip Island and keep the ball rolling with the goal of gaining a spot on the Challenger Series.”

North Narrabeen surfer Kobi Clements was able to put forward a strong performance in his first round heat, gaining a win with two solid scores to leave his fellow counterparts trailing behind and needing a major score to eclipse Clements prowess.

“The waves have been improving all day and I was stoked that I was able to get a couple of fun waves and move onto the next round,” Clements said.  “My surfing and my boards are feeling really comfortable under my feet and I’m looking to just enjoy surfing through the series and hopefully getting some good results.”

Also advancing through his first round heat was Victorian surfer Xavier Huxtable. In a tight heat, the Jan Juc local was able to get the nod with some crisp backhand surfing, particularly in the dying moments where he was able to extend his lead and fight off his fellow competitors for the win.

“It’s great to be back up here from Victoria and get back in the boardshorts at Boomerang,” Huxtable said. “It’s been good to get some practice at the event site over the last couple of days to figure out the banks and which waves to select. I’m just looking to enjoy myself through this Vissla NSW Pro Surf Series. Getting a couple of good results is always the goal but it’s important to just make sure I’m having fun and that’s when the results tend to come your way.

Others standout surfers of the first round included local talent Ross Cadden along with Lennox Smith, Taj Stokes and Jagger Bartholemew.

The last heats of the day saw Women’s Round 1 hit the water with all four heats of the round being completed with Cedar Leigh-Jones, Gabi Spake, and Shyla Short amongst the progressing surfers.

In the opening heat of the round it was Portuguese surfer Concha Balsemao who was able to post two strong scores to get a heat win and move through to the next round. Balsemao was able to use an array of backhand maneuvers to oust her counterparts in what was a tight heat between all four competitors.

“It’s great to be back here at Boomerang Beach for the CARVE Great Lakes Pro and be in the water against some amazing talent from across Australia and New Zealand,” Balsemao said. “The waves were super fun and I felt I was able to pick my waves effectively to get a heat win, giving me a boost of confidence for the next round.”

Competition is set to resume tomorrow morning at North Boomerang Beach with Women’s Round 2 hitting the water at 7:30 a.m. AEDT. 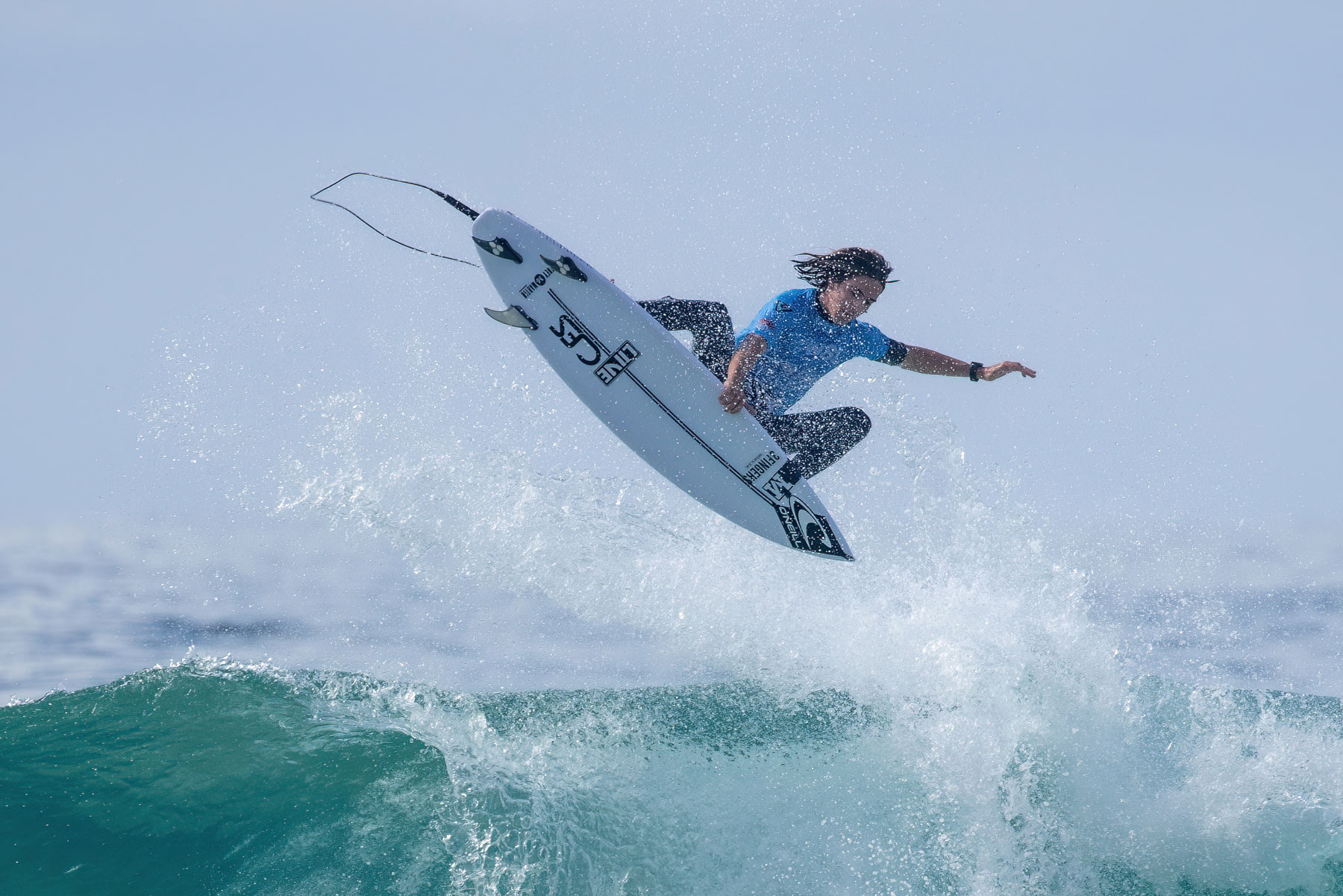