For Ryan, she would be hoping to capture back-to-back events, whilst Baum looked to continue her high scoring ways from her Quarterfinal and Semifinal heats.

As the Final opened it was Baum to fire first with a mid range score to put the pressure on Ryan. However, Lennox Head local Nyxie Ryan was able to hit back, with a 7.50 to tighten the gap. The last ten minutes saw the ocean lay somewhat dormant that kept both surfers fighting for a win in the dying seconds. There was just one point separating the two as the clock counted down before Baum locked in a 4.0, however Ryan kept her cool and managed to dig out a solid 5.9 to move her ahead of Baum as the final hooter sounded.

Ryan now shoots further into the lead in the Australia / Oceania Regional QS rankings and looks to keep up her amazing run of form at the Mad Mex Maroubra Pro 4-6 March.

“I’m lost for words really, I just can’t believe that I’ve now won two events on the QS after not really making a single heat last year,” Ryan said. “The waves have been so fun all week and I’m just really enjoying my surfing which is a huge factor I think in making heats.

“I’m really looking forward to hopefully keeping my strong form going and can’t wait for the rest of the series with the goal of trying to secure a spot on the Challenger Series which is coming up fast”.

Fighting gallantly and getting a runner-up finish in the event was Sara Baum who will bank a great result here at One Mile Beach.

“I’m really proud to make the final here at One Mile against a great talent like Nyxie,” Baum said. “It’s a great momentum builder for myself going into the rest of the year. Now I’ll head back to South Africa and will endeavour to win a couple of events back at home”. 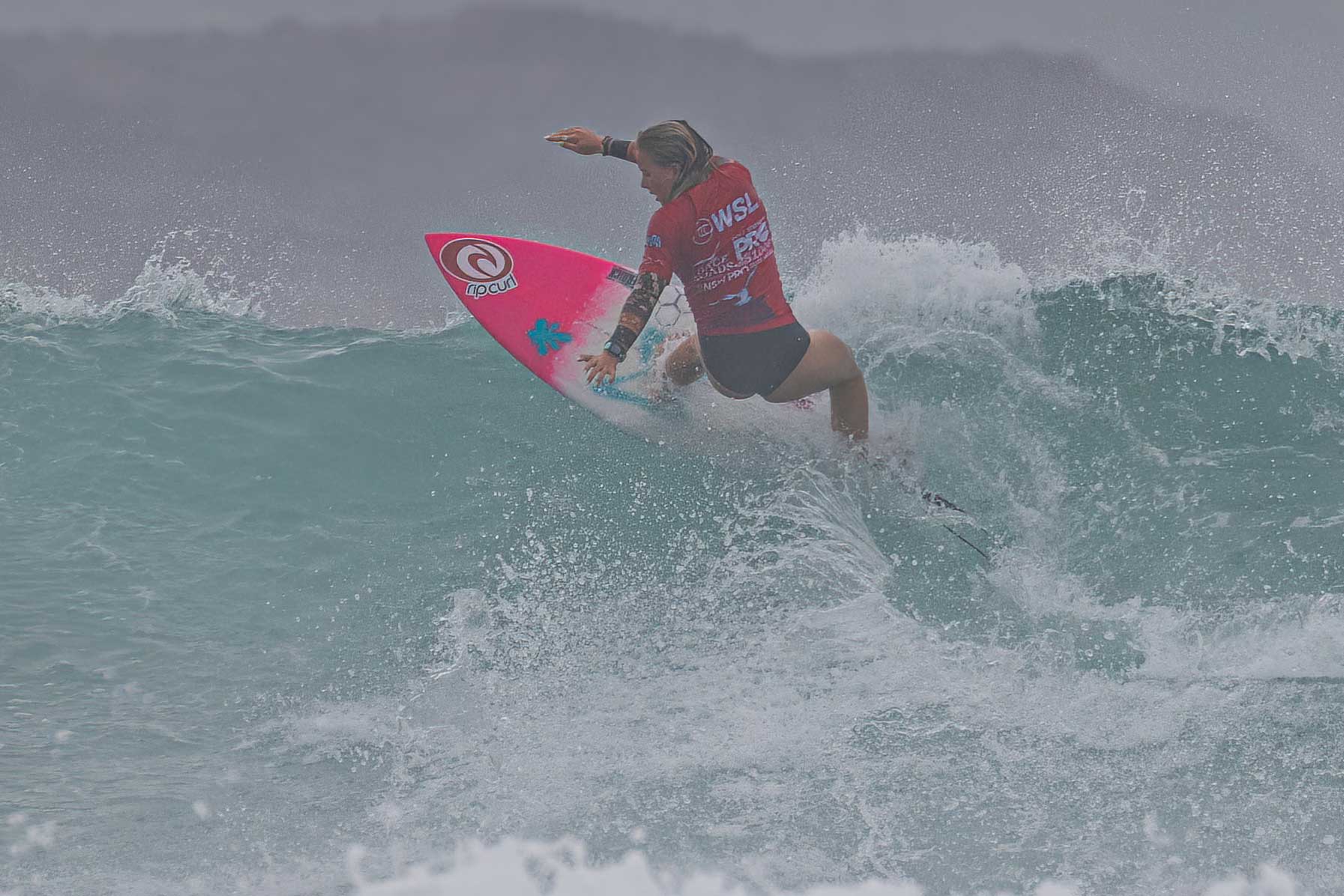 (Photo above – Nyxie Ryan moves through finals day with maturity and confidence, Photo by Natalie Meredith)

Proud Le-Ba Boardriders President Ben Beesley said the club and community is over the moon with Ryan’s performance and Mikey McDonagh’s result.

“Nyxie has always been such a strong, consistent competitor for the club and last year she came into her element, now it’s game on,” said Beesley. “She’s come into this year fit, strong, and with a new focus and mindset that’s paying off for her and we couldn’t be happier.”

Both surfers looked to secure their second QS victory with McDonagh previously taking out the Cape Naturaliste Pro in Western Australia, whilst Chris Zaffis had tasted victory in the Mentawais in 2016.

The final started off with a bang as the NSW pair posted scores in quick succession to get their finals campaigns underway. It was Zaffis who had the momentum going early with some smooth rail surfing however McDonagh hit back with a good score as he showed off his elite rail game which is reminiscent of 3x World Champion Mick Fanning.

McDonagh kept the pressure on and was able to throw up another strong score leaving Zaffis trailing when time elapsed. It meant that the wave rich area of Lennox Head was able to bring home the double with two of their rising stars taking home event wins.

This is McDonagh’s first QS victory since 2019 and helps him generate plenty of steam ahead of what is going to be another packed out year of competition. The talented surfer who wears his heart on his sleeve will hope to keep his momentum up with aspirations of qualifying for the Challenger Series which is set to kick off just up the road from McDonagh at Snapper Rocks in May.

“I’m absolutely psyched to win my first QS in a couple of years against such an amazing field of surfers,” McDonagh said. “I really had to alter my tactics going into today with the location change, but felt right at home out at this beautiful point break at One Mile which reminded me a lot of the point breaks around home in Lennox Head. I can’t wait for the rest of the series and hopefully qualify for my maiden Challenger Series”.

Narrowly coming in second behind was Chris Zaffis who was on fire through the whole event and should come away proud with his performance.

“Obviously it’s a bittersweet ending to the event here but I’m very honoured to have made a final here against Mikey and surf in some conditions that really let the whole field do their best surfing,” Zaffis said. “I’ll look to keep up this strong form at the next event at Maroubra and strive for some good results in the bigger events at the backend of the year to get my rankings up for qualification”. 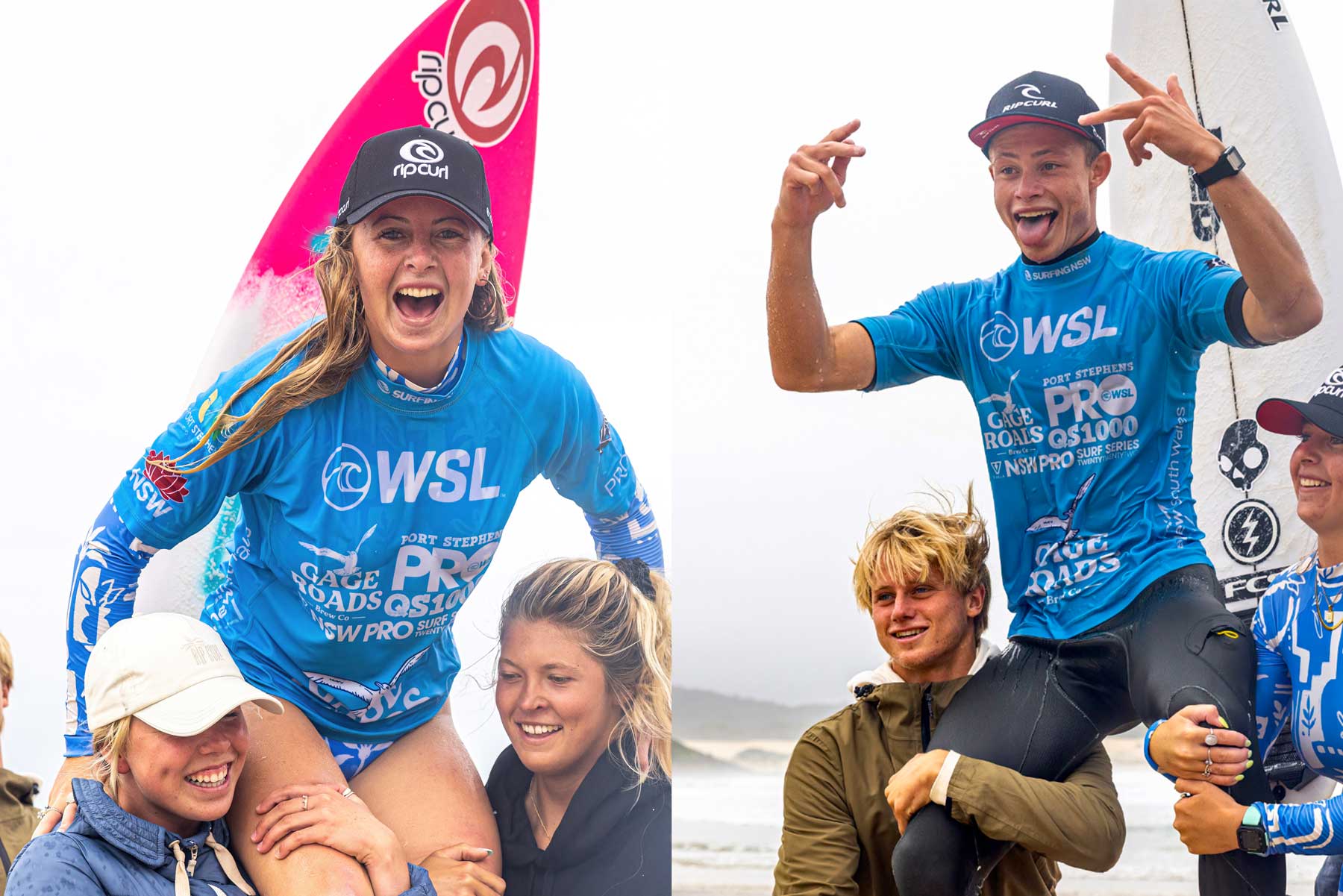