The 2022 Mad Mex Maroubra Pro presented by N G Farrah World Surf League (WSL) Qualifying Series (QS)1000 event wrapped up in wet weather today but despite the wind and the rain, the surfers maintained the heat in the waves.

The day kicked off with the Quarter Finals with athletes not afraid to put everything into finals day heats, for many these are the conditions they train in and train the hardest for.

Holly Williams won the day with consistency. The Queenslander had the highest heat score total in the women’s draw. In the Quarters she managed to end Jesse Starling’s Maroubra Pro campaign with two solid waves (13.0) and in the Semi Final finished with 13.33 eliminating Sierra Kerr after a tight battle.

Kerr led the start of the heat and fought hard catching 10 waves but couldn’t find the extra points after Williams upped the ante with a 7.33 from a slick combination of powerful manoeuvres in the small swell. Williams was able to keep the fire burning when she needed it most and kept it lit as she headed into the Final against Charli Hurst (Port Kembla).

Both Women stayed busy in the Final pushing each other and staying focused on wave selection. A gallant effort by South Coast surfer Charli Hurst who took home a second place in the first QS event of the 2023 season and her first QS final ever.

For Williams her maiden QS win was sweet. “I’m pretty speechless to be honest,” she said. “It was really hard work out there but it’s such similar conditions to home on the Sunshine Coast and I’m just so stoked to take out my first QS event win ever. The rain and the wind got harder but I was happy to get a good right hand wave under priority to give me the points I needed to take the win.”

In the Men’s draw it was New Zealand Olympian Billy Stairmand who had the strongest spark this morning. It started with a takedown of Darcy Crump in the Quarter Finals followed by a tight matchup with in-form Thomas Carvalho.

Stairmand also scored the highest single wave of the day (8.0) signalling his strong start to the final. Alistair Reginato, although on the back foot early, had an incredible campaign at Maroubra this week and was also happy with his overall result.

“Last week I qualified for the Challenger Series so I had a lot of pressure off my shoulders coming into this event,” said Stairmand. “I was super comfortable out there, I love those little lefts being from Raglan, I think we’re just lucky to have the waves we did out there. I thought it was going to be a bit smaller but I love it, I’m pretty small in stature and it worked out my way. I’ve been on the Qualifying Series for a while now and I always love coming back to Maroubra.”

The Mad Mex Maroubra Pro wraps up the Vissla NSW Pro Surf Series ahead of the start of the World Surf League Challenger Series start with the Boost Mobile Gold Coast Pro in May.

All events will be webcast through Kayo Sports and worldsurfleague.com and the WSL App and Kayo Sports. All event news, images and highlight clips will be available at nswprosurfseries.com 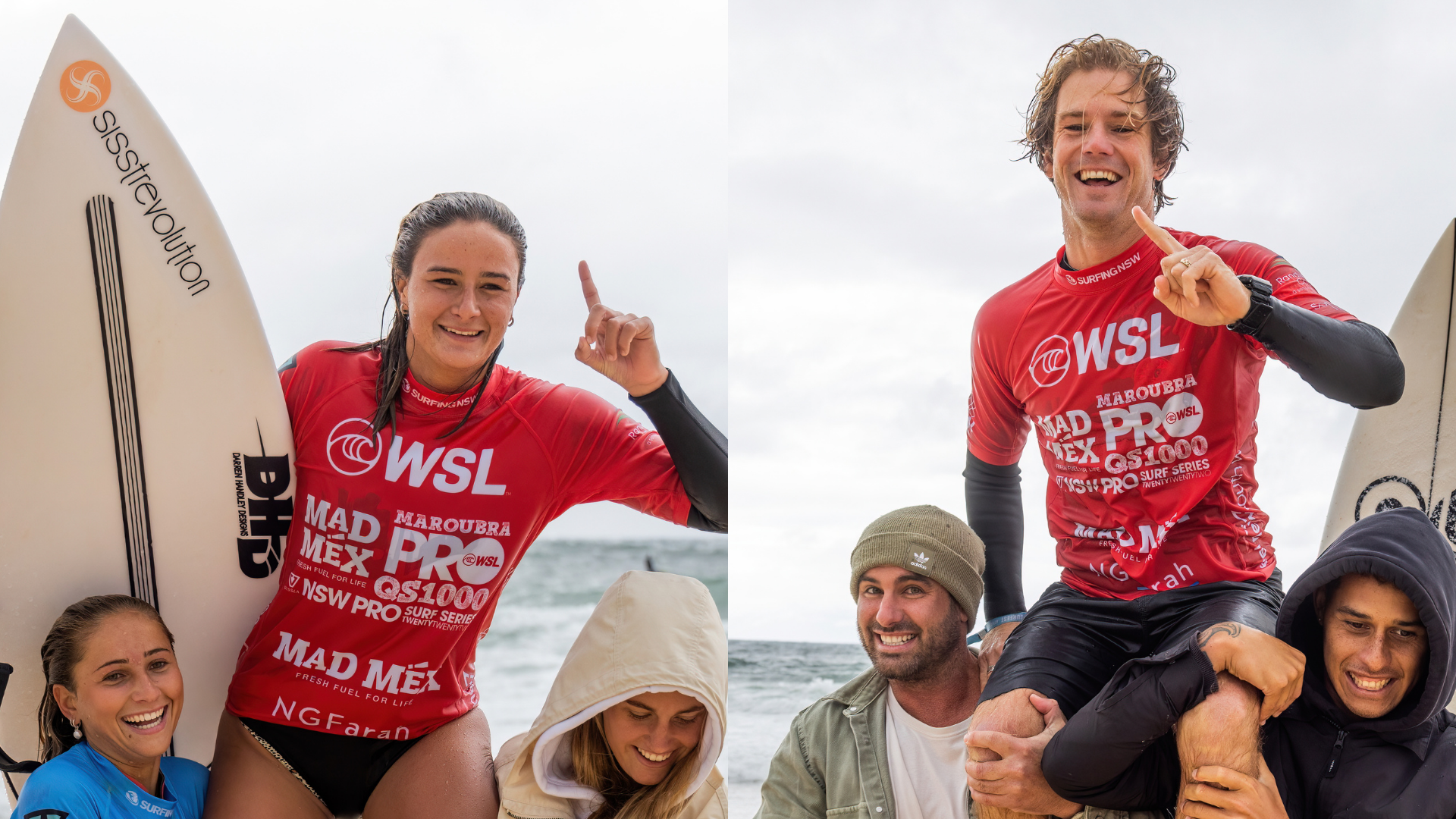